Being the first distillery in Worcester County since the 1930s, taking home Maryland Rum Distillery of the Year and winning 18 separate awards has not stopped Cody Miller, SDC’s Chief Distiller and his team in creating some of the most uniquely tasting spirits during their winter “downtime.”

“Having the available time during the winter allows us to create these specialty batches that start out on a trial and error basis. We love working with the different recipes and getting the flavors right,” says Miller.

While the term “downtime” is used loosely, the group of skilled men who run the distillery rarely find a moment where something doesn’t need to be done. As Matt Albright and Matty Zavodny, distillers of SDC, prepare the locally grown blue corn to be transferred into the hammermill, Miller and his team took the time to answer some intriguing questions regarding the detailed process it takes to create the perfect specialty batch of bourbon.

“The majority of distillers use yellow corn to make bourbon,” remarks Miller simultaneously testing the proof to a batch of Seacrets Orange Vodka, “ but this time we decided to try something new.”

This non-traditional way of using heirloom blue corn instead of yellow came to Miller through experimentation. “(We) have been working closely with Brooks, a farmer at the Clayville Brooks farms for about three years now. I had him set aside an acre for blue corn for me.”

To start the process, Miller and his team pour the 350 pounds of corn into a hammermill, which grinds the corn. From there, the ground corn is sent through pipes down to the ground floor into the hopper. The hopper is a steel contraption that holds the grain and has another set of pipes connected to it that run to the mash tun.

“The mash tun is where we cook the corn with over 175 gallons of 190° F water and enzymes. After about an hour, we lower the temperature and cook for another 30 minutes. The bourbon mash is then transferred the to the fermenter,” describes Zavodny as he logs the day’s information into their data sheet.

Describing the next crucial step in the distilling process Miller adds, “While in the fermenter, yeast and other nutrients are added to the (bourbon) mash where it will sit for a week. During this time yeast will eat the sugars, converting into alcohol while developing flavors.”

At this point in the process the wash is a rich deep purple/blue color from the blue corn.

“The wash goes from the fermenter to the still. Once transferred, a process called “stripping run” is done four times. During this process the wash is cooked, concentrating the alcohol and flavors produced during the fermentation process. On the fifth and final “spirit run,” the low wines are distilled for the last time before barreling,” explains Albright while preparing the barrels and connecting the proper hoses.

The 110 proof (now) clear bourbon distillate is shot through a hose from the holding tank to the barrels where it will sit for the next 2-4 years. During this time the bourbon will develop its rich, dark brown color from the oak barrels that are charred on the inside. SDC crew plans to barrel five barrels of the blue corn bourbon and will test the bourbon every six months to monitor the flavors and development during the aging process.

Miller, a bar back of Seacrets for 17 years turned Chief Distiller is from Berlin, Maryland. “After finding out Seacrets was building a distillery, I went and worked with the distillery who was making our spirits at the time. I also took concentrated classes on how to make white rum and whiskey. Once comfortable, we (SDC team) experimented with different blends of molasses and yeast finding the perfect recipe that is now our (award-winning) white rum.”

Albright and Zavodny have been with SDC for two and half years. Zavodny, while SDC was being built, followed Miller doing an apprenticeship prior to joining the SDC team. Albright, a former Seacrets’ barback, has a bloodline of moonshiners dating back to his great grandparents and always has had a passion and interest in distilling.

In their determination, patience and innovative way of thinking, the SDC plans to stay ahead of the game and continue to produce  “the taste worth fighting for.” 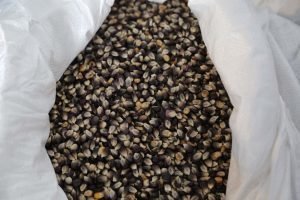 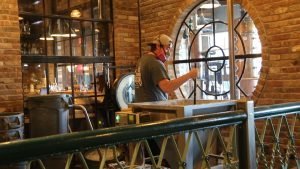 Matt Albright overseas the corn in the hopper. 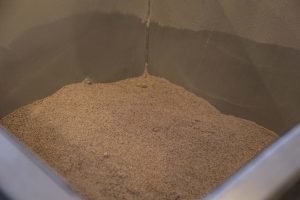 Ground corn in the hopper. 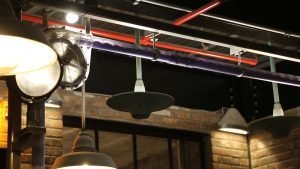 Pipes that run the corn from the hopper to the mash tun. 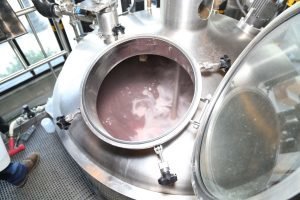 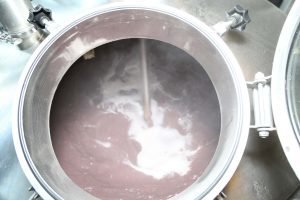 Bourbon in the mash tun. 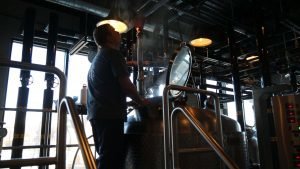 Adding yeast and other nutrients. 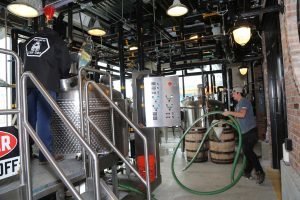 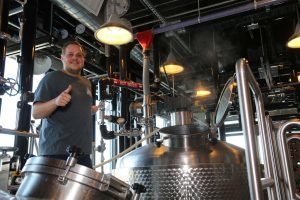 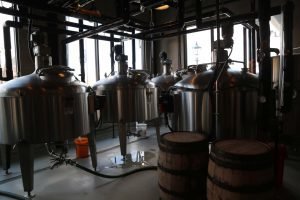 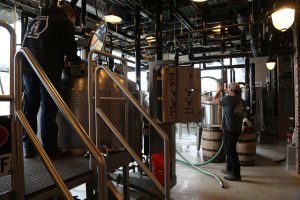 Albright and Zavodny prepare to barrel. 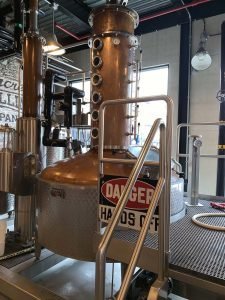 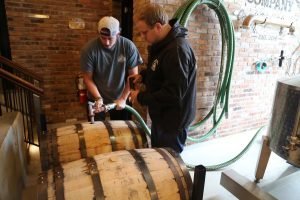 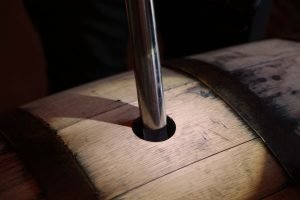